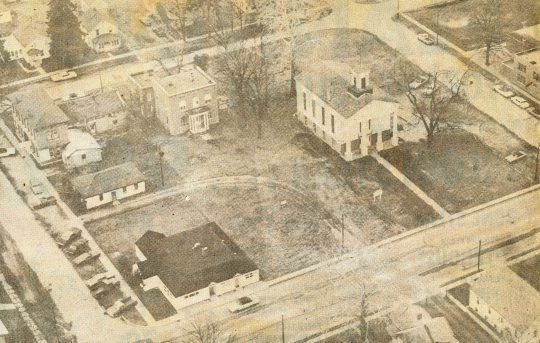 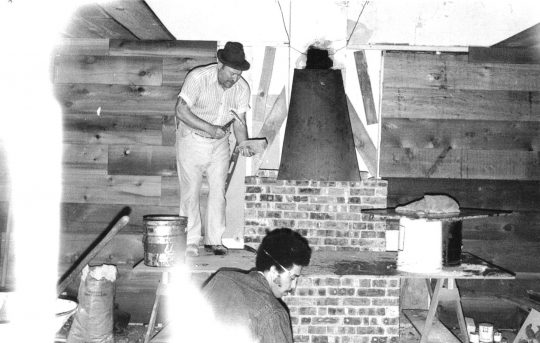 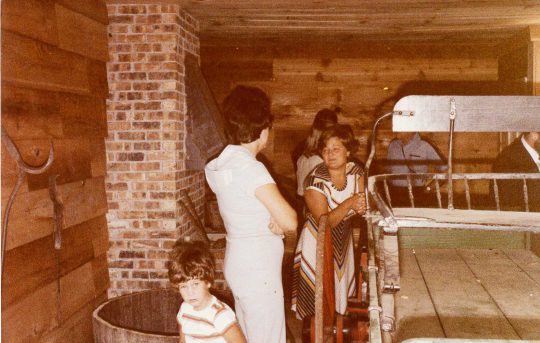 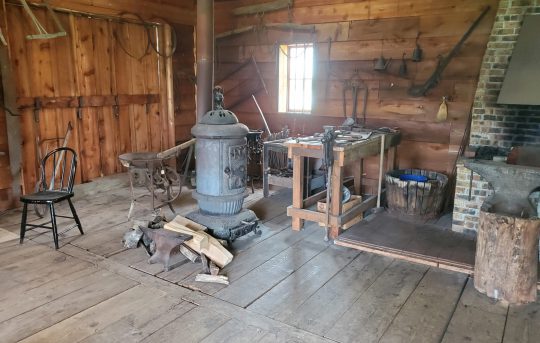 Not long after the Seventh-day Adventist Church purchased the majority of available land around the courthouse, they began to expand with the addition of two buildings along Madison Street.  The first was a small cinder block building in the 1930s that became the home of the Women’s Auxiliary group and the second, was a medical building that eventually became part of Andrews University.

By the early 1970s, these two buildings and their land were purchased by the County in an effort to unite the original Courthouse Square.  The Historical Association and the County agreed to demolish them both as they had no historic value at the time.  Other plans for the use of the space were floated by both groups over the next few years until 1977 when a donation changed everything.

George H. Bennett, a long-time resident of Berrien County, had passed away and a memorial fund had been created.  The family knew of Bennett’s love of history and his support of the on-going project in Berrien Springs.  The family approached the Historical Association, suggesting that the Auxiliary Building become home to a forge and buggy shop, allowing for the grounds to have yet another building that interpreted early county history.

They agreed and by August of 1978, the renovation was completed.  The interior and exterior walls were covered in cedar boards, giving a historic look to the structure and the interior was split in half – one side serving as the buggy shop and the other as the forge.  Originally, a wall separated the forge from the public, but it was eventually removed to open the space more when it wasn’t in use.

Over the years, the building has been the site of blacksmithing demonstrations for various events and programs, including a festival dedicated to the art in 2016.  The buggy shop eventually became storage for the BCHA’s over-sized collections, including a wagon and a large boat discovered in the St. Joseph River in the 1970s by Donald Dick.  This section is off-limits to the public as it is currently unsafe to enter.

Not much has changed in the Forge since the 1980s, other than occasional repairs.  However, in the near future, the BCHA looks to revitalize this location and to create an artisan center that explores traditional crafts and trades beyond just blacksmithing.  Donations are currently being accepted for this project!

On occasion, the BCHA hosts blacksmithing classes and workshops.  To see when the next one will occur, check out our Calendar of Events!