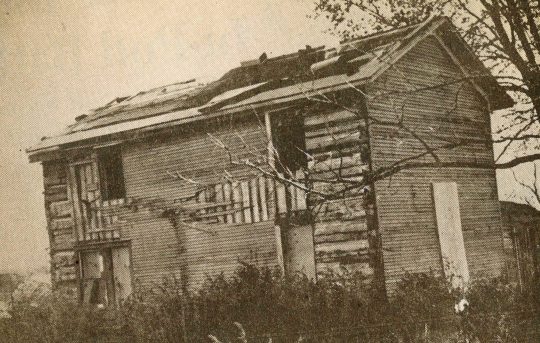 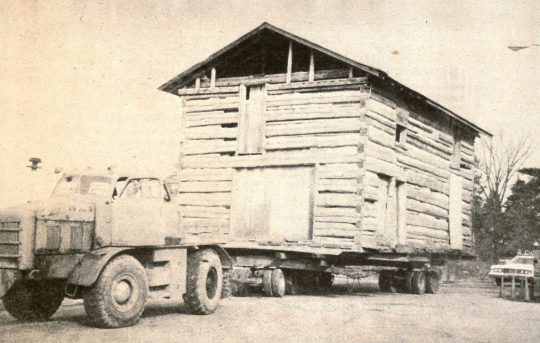 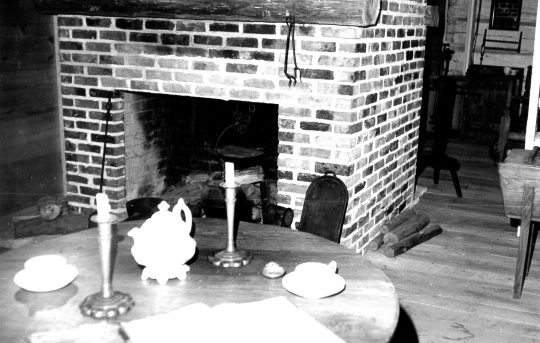 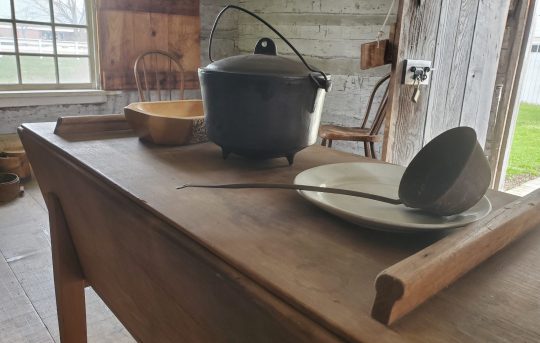 In 1968, an old farm house on Kephart Lane was slated for demolition to make way for a new subdivision.  As the crews worked to tear down the house, they were surprised to discover that a log cabin existed under its modern exterior.  The discovery of the cabin was an exciting moment for area historians, who believed the original home of Berrien Springs co-founder Francis Murdoch (sometimes spelled Murdock) had been found. Further research by scholars from Western Michigan University confirmed this early theory.

Francis arrived from Pennsylvania with his wife, Eliza, and their year-old son, George, in 1830.  While Francis was a practicing lawyer, the land was actually his wife’s.  Eliza was the daughter of area land owner George Kimmel, whose 10,000 acres made him one of the most land rich men in the area.  He had been a generous  man to his children, giving them all several acres to set up their own homesteads.

Not long after settling into their new home, Francis began to make himself known in the area and eventually he co-founded Berrien Springs with two neighbors.  Despite his role in the creation of what would become the County seat, the Murdochs left Berrien Springs in 1835 as Eliza’s health worsened.  The local paper reported that the family were aiming south towards New Orleans, but they never made it any further than Ohio, where Eliza died and was buried in a local cemetery.

Francis remarried, this time to May Graham, sometime between 1836 and 1842, when the couple had their first child (Francis’ third).  Records for the patriarch are spotty after this time, but newspaper ads for a lawyer going by his name appear in Alton, IL and again in Missouri.  It was here that he found himself swept up in several high profile cases, including that of Dred Scott.  While not 100% confirmed, research indicates that Murdoch serves as the Scotts’ first lawyer and he helped to file the briefs to set the court case in motion.  For whatever reason, the Scott didn’t retain him for the case.

Eventually, Francis and Mary made their way west to California and settled in San Jose.  He gave up being a lawyer and founded a political newspaper that he ran until his death in 1882.  Mary preceded him death in 1870.

At least two of Murdoch’s sons – George and Francis – returned to Berrien Springs and worked on growing the village their father had founded.  Both also entered into the newspaper business and George remained a beloved local based on the glowing obituary written about him in 1904.

The cabin was dated to 1830, the year the Murdochs arrived in Berrien County, although it is possible that the home was built prior to their arrival and may have been started in 1829.  Most first time log cabin structures were simple in nature – something to get the family started in their new home.  Eventually time and money would allow for either expansion of the home or allow for a new home to be built.  Research indicated that the house had been two story since the very beginning and its likely given the Kimmels’ standing in Berrien County along with Francis’ career, a quality home would have been important to the family.

It is believed that the precursor to the building’s modern exterior was added around the time of the Civil War, with portions of the back wall removed for a new extension.  As families came and went, the house continued to be modernize, but the cabin remained hidden to all.  In fact, upon its discovery, several individuals who had lived in the home expressed shock and surprise that the cabin had been there all along.

Originally the Historical Commission had hoped to leave the house in its location and build a park around it.  However, that did not come to fruition and for five years the house stood on Kephart Lane, the victim of time, weather, and vandals. Eventually, recognition from the state pushed the preservation plans forward.  Funds from various donors and municipalities made the move possible.

The building was moved in tact to the Courthouse Square in 1973 and area experts created new wall sections to match the original in order to close the holes.  At first glance, it’s hard to tell that anything was cut out from the wall, proving that great skill can make anything seamless.  In the early years, the house was outfitted in period artifacts, but currently the home is semi-empty when not in use by re-enactors and the upper level is off limits to the public until repairs can be made.

By the early 1990s, a historically accurate garden was added by the Michigan State University extension master gardener group as part of their course completion project.  Plans to renovate and expand the garden in addition to updating the cabin is on the books for the Historical Association.